A weekend of rain, rain and more rain made was forecast. Slap bang in the middle of the Birmingham Half and Manchester Half Marathon's. But despite the wet weather, thousands of runners attending both events weren't about to be put off.

The Manchester Half is a 13.1 mile challenge that takes place every October, starting and finishing by Old Trafford, and is easily the biggest in the region with over 13,000 runners.

Despite the poor weather conditions over 10,500 runners took to the start line from the original 14,000 entrants ready to tackle this fast, flat road race, including a small number of Harriers determined to secure PBs.

The route started on Bridgewater Way , looping around a 3 mile circuit before taking runners past the famous Old Trafford football ground. From there, runners are guided down Chester Road and enter Sale before heading back up Chester Road and finishing outside Lancashire Cricket Club.

Harriers had a 3 strong contingent representing the green and gold and all did amazingly well as follows:

An amazing achievement by all 3 Harriers, all knocking significant time of their half marathon PBs.

More than 10,000 runners heading to the second city to take on the 13.1 miles of the Birmingham Half Marathon. Part of the Great Run series, this is a fantastic event that is always well attended by lots of quality runners.

The new and improved half marathon route starts on the famous city centre entertainment hotspot of Broad Street before taking runners out to Edgbaston, Bournville, Selly Oak and back to a grandstand finish in front of thousands of spectators near Aston University. The 13.1-mile course is relatively flat and invites runners to go for a personal-best finish to the 2018 running season.

Harriers had a good turnout at this event with many looking to improve on their current half marathon times, and despite the wet weather conditions the green and gold put in some fantastic running.

This is a fabulous out and back run which starts and finishes in Buckingham's historic town centre. The run heads up Stowe Avenue for a 4k loop of the beautiful Stowe Gardens and is one of the most scenic races around! It's hard enough test the hardened athlete, but is manageable for intermediate and beginners alike.

We had just the one runner at this event in the form of Gus Erlandson. Gus has been running amazingly well over recent months and put in yet another excellent performance and winning his age category, coming home in 48:13. This also represented a 5 min course PB!!

Veteran marathon runner, Art Zammit, took yet another marathon at the weekend to clock up his 177th in an amazing running career. This time Art was in Germany to tackle the Munich Marathon.

Art Ready To Take On Munich

In 24degree heat, Art pinned on his number and went out to tackle the 26.2 miles of Munich streets and representing the green and gold of Telford Harriers.

Art said: "That was a tough day as i struggled in the heat as it reached 24 degrees I and felt lack of energy, but wow, it didn't spoil the day.

I was running like a tourist looking at the views, chatting to fellow runners and then what sold it for me was the finish as we ran inside the iconic Olympic Stadium.

I ended up with a time of 5.31, but more than anything im chuffed I finished my 177th marathon."

A massive well done to Art for yet another amazing marathon effort.

Tinks leg was 4.3 miles from the Ironbridge to Little Wenlock. This route provided lots of 'up' slopes and steps but Tink did an amazing job finishing the leg in 54 mins. Tink had Ginge, her staffy, for company and helped her around the first 3 miles, followed by Neo, her labrador, for the final 1.3 miles. 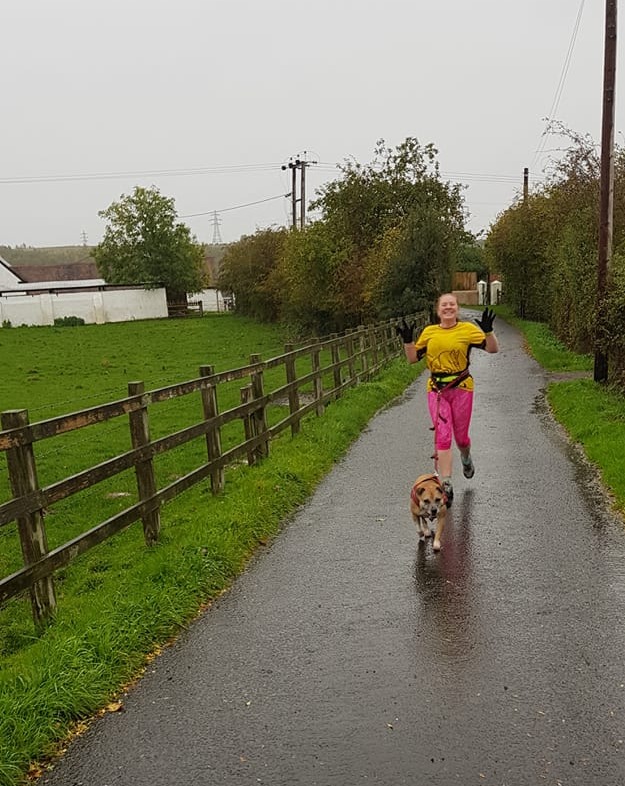 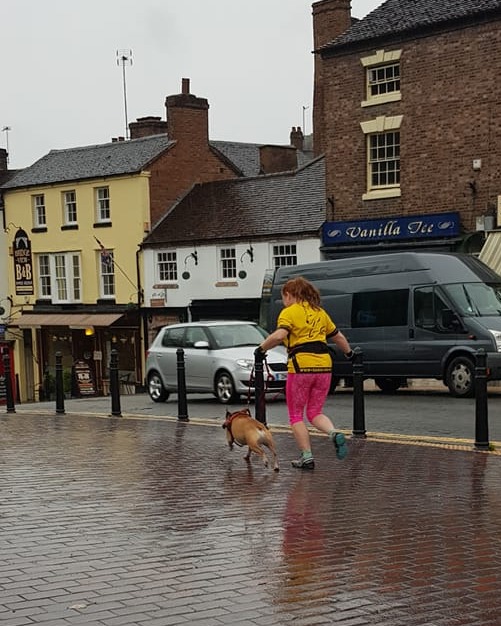 In its fourth year, Yasim icin Yaris, race for life, is a 5k run based on Turkey and is staged to help raise money for Cancer. Telford Harrier, Georgina Westwood, was in Turkey at the weekend to take part in this worthy event.

Running with approx 200 other race fo0r lifers, this event isn't about finishing times, its simply and event to bring people together for a great charity.

Once again another great weekends running by our team.